This past weekend residents of Kelowna raised over $100,000 at the BCSPCA Gala and were praised for being a recognized humane community who are dedicated in helping to end animal cruelty. 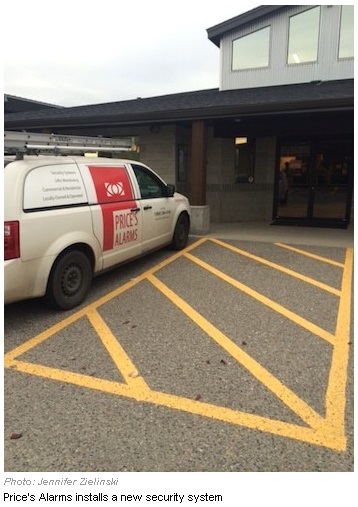 However, Wednesday morning, shelter staff were shocked to find someone had broken into their branch.

Alarms rang just at 4:30 a.m. after a man was witnessed via a security camera prying open the front doors of the building and entering the lobby area.

“We had the RCMP dispatched immediately,” says Branch Manager Suzanne Pugh. “They did a full sweep of the building when they got here and fortunately the intruder had left. I think the alarm ensured they left the premises pretty quickly.”

While nothing was stolen and no animals were hurt in the break-in, the doors to the building were significantly damaged and had to be replaced.

“It’s difficult to say (why they broke in), the good news is that our animals are safe and that is the fantastic thing,” says Pugh. “Someone could have been looking for an animal, they could have been looking for cash, it’s just sad that we had such a great weekend with the gala and raised some really much needed money for the animals, that was already designated to the animals, and this is an additional expense.”

Pugh did reach out to the construction industry that regularly supports the BCSPCA in several fund-raising efforts throughout the year and was quickly assisted by Competition Glass and Edgecombe Builders.

Staff at the Kelowna shelter were shaken by the events but say their love and praise for the community goes unbroken, as these were the actions of one individual.

Security cameras did capture footage of the suspect and RCMP are still investigating the matter.