A recent newspaper article in the Comox Valley Record talked about the harassment of an elderly woman by a security company held by a US based security company. The 76 year old woman is experiencing early onset dementia and her son has been placed in charge of her finances by a lawyer. She had signed a contract with the security company about a year ago {these contracts can often be for up to 5 years with many companies} but after experiencing false alarms during the period, she didn’t want the system anymore and turned it off. 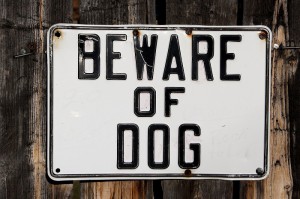 The company in question has reportedly been repeatedly harassing the lady by calling as early as 7:00am and demanding that she continue to pay for the service or pay $1,000.00 to get out of the contract she signed. The company has explained that they will cancel the account if the lady is admitted to a care facility but the son has no plans to admit his Mother to a care facility to avoid a bill.

The lady’s son wanted to warn people to be wary of who they deal with and what they sign. Price’s Alarms agrees and actually spent more than $20,000 last year warning the communities we serve to be on the lookout for door-knockers with unscrupulous sales tactics.

Several US security companies operate in Canada (under Canadian holding companies) who employee travelling teams of salespeople (who often sleep more than 8 people to a hotel room) as they travel from neighbourhood to neighbourhood selling good equipment to people which is unfortunately  improperly or inappropriately installed and therefore delivers a poor level of protection. We refer to these people as door-knockers and many reliable security companies throughout Canada have lost hundreds of customers to these companies because they will say and do anything to get your business. They have proved to us they will outright lie to you to gain your business. Once the contract is signed, an inexperienced installer shows up and slaps in a wireless security system that is completely unlikely to meet your needs. After the installation, during the next 3 to 5 years when you need service or wanted to make adjustments of any kind, your salesperson and alarm technician are nowhere to be found – off working in another province hoping to use their slick sales skills to put more commissions in their pocket.

Our warning to people is clear – Watch out for door-knockers and know who you are dealing with. BC has many great security companies who you can trust without having a high pressure, unscrupulous, unqualified salesperson who is unlicensed to sell security in British Columbia. Ask to see their BC Security License, ask to see their drivers licence or a business card with their name on it and check with the BBB to see who the company is. In dealing with Price’s Alarms, you can be guaranteed that you are dealing with a BC company with a solid, long standing reputation for taking good care of BC businesses and residential customers. We use quality equipment sold and installed by licenced employees and we’ll always be here to ensure you are well taken care of. Give us a call if you are uncertain about the integrity or honesty of any security company operating in BC.